Quality in software is often understood as "execution according to design purpose" whereas security means that "software will not put data or computing systems at risk of unauthorized access." There seems to be a connection between these two aspects but, how do we integrate both of them in the robotics development cycle?

We introduce DevSecOps in Robotics,

a set of best practices designed to help roboticists implant security deep in the heart of their development and operations processes.

Where waterfall development once dictated the process of "handing off" from developers to Quality Assurance (QA) to operations, these responsibilities now have blurred borders with most engineers skill sets spanning multiple disciplines. Enter DevOps is commonly known as a set of practices that combine software development (Dev) with Information Technology operations (Ops). They aim to shorten the development life cycle and provide continuous delivery while ensuring the quality of the software (Quality Assurance or QA) [1]

In Robotics, as in many other areas closely connected to Computer Science, there is a set of adopted common practices, including DevOps. The figure below pictures the DevOps cycle most roboticists use and split it into 4 phases: Development, Deployment, Production and Post-Production. In the DevOps philosophy, these phases are all connected in a continuous, never-ending, loop. 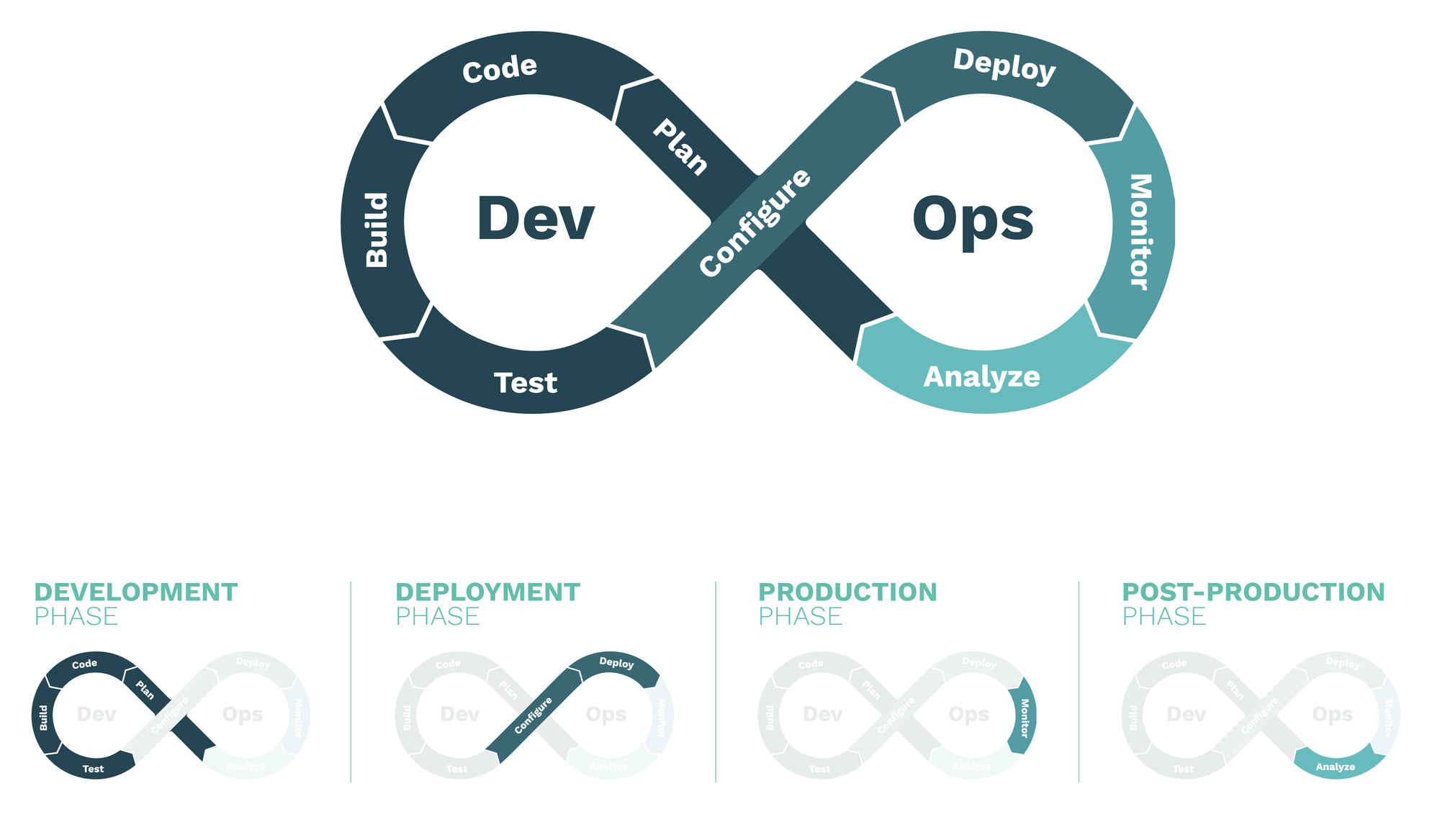 The waterfall is now a river; development and operations flow together but, where is security in such a landscape? As pointed out by the UK’s National Cyber Security Center, having a secure approach to development has never been so critical, when it comes to cyberphysical systems and, of course, robotics. The way roboticists build software and systems is rapidly evolving, becoming more and more automated and integrated. Many roboticists today define, prototype and develop an entire robotics system architecture in simulation and tie it to tooling which will automate both testing and deployment.

Over the last couple of years we have seen big changes on the arrival of cloud services to robotics and to ’robot infrastructure as a service’ including simulation, fleet management systems, or teleoperation capabilities among others. The promise is that robots of almost any size and complexity can be called into virtual life, changed, or terminated without leaving the desktop. On top of these new capabilities, a process of quick and regular deployments has evolved. Often referred to as Continuous Delivery, this iterative approach is powerful, flexible and efficient, but these strengths bring new sets of risks which your security practices must address. To do so, roboticists will need to consider security as a primary concern throughout your development and deployment processes.

The principles provided below are intended to help secure the entire process of software development in robotics, from establishing a security-friendly culture in your organisation through implementation and ongoing management. It must be noted, however, that using these principles do not guarantee a secure final robot, but should help you gain confidence and insights that the code you deploy is built with a security mindset.

From DevOps to DevSecOps

Security, well identified as a continuous process, needs to be applied individually to both development and operational phases and then holistically to the complete system. When adding security to the DevOps tuple we dive into DevSecOps. Often times called "Rugged DevOps" or security at speed, DevSecOps is a set of best practices designed to help organizations implant security deep in their DevOps development and operations processes [2][3]. DevSecOps, also known as SecDevOps and DevOpsSec, seeks to embed security inside the development process as deeply as DevOps does with operations.

Turning again into robotics, security –identified as a process that needs to be continuously assessed both in hardware and software– is a highly time and resource-consuming task. As was proven before in Computer Science, including security –across the development, deployment, production, and postproduction phases– results in a more secure output. 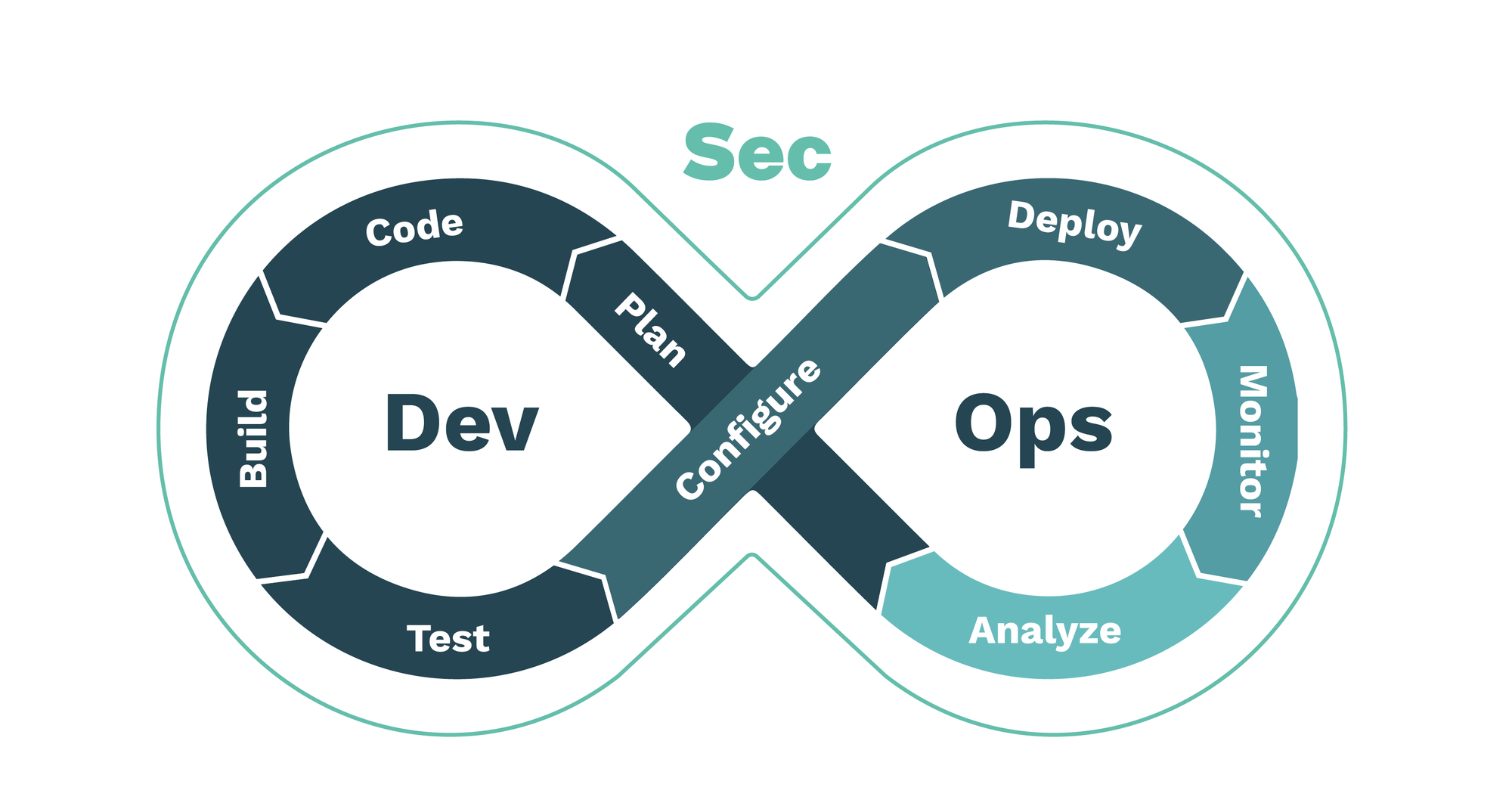 The Figure above depicts our view on how DevSecOps could be implemented in robotics. We list phases, tasks, and activities while providing descriptions to further clarify the effort required.

Monitor: deals with the continuous monitoring of the system and should oversee the systems’ performance, errors, and other relevant information. A common good practice is to employ elements that record all activity, securely, for potential future forensics research.

With DevOps, engineering efforts now serving multiple masters, where the focus used to be purely on precision, now longevity, scalability and security (with DevSecOps) hold equal footing in product requirement discussions. Where Quality Assurance (QA) had traditionally held the line on risk definition and maintainability, Security now has an equal, if not dominant, role.

With robots, the panorama is of great vulnerability, according to our research. Most robots out there, including most used in healthcare activities, are not designed with security in mind and expose critical flaws. Our Robot Immune System helps secure those systems.